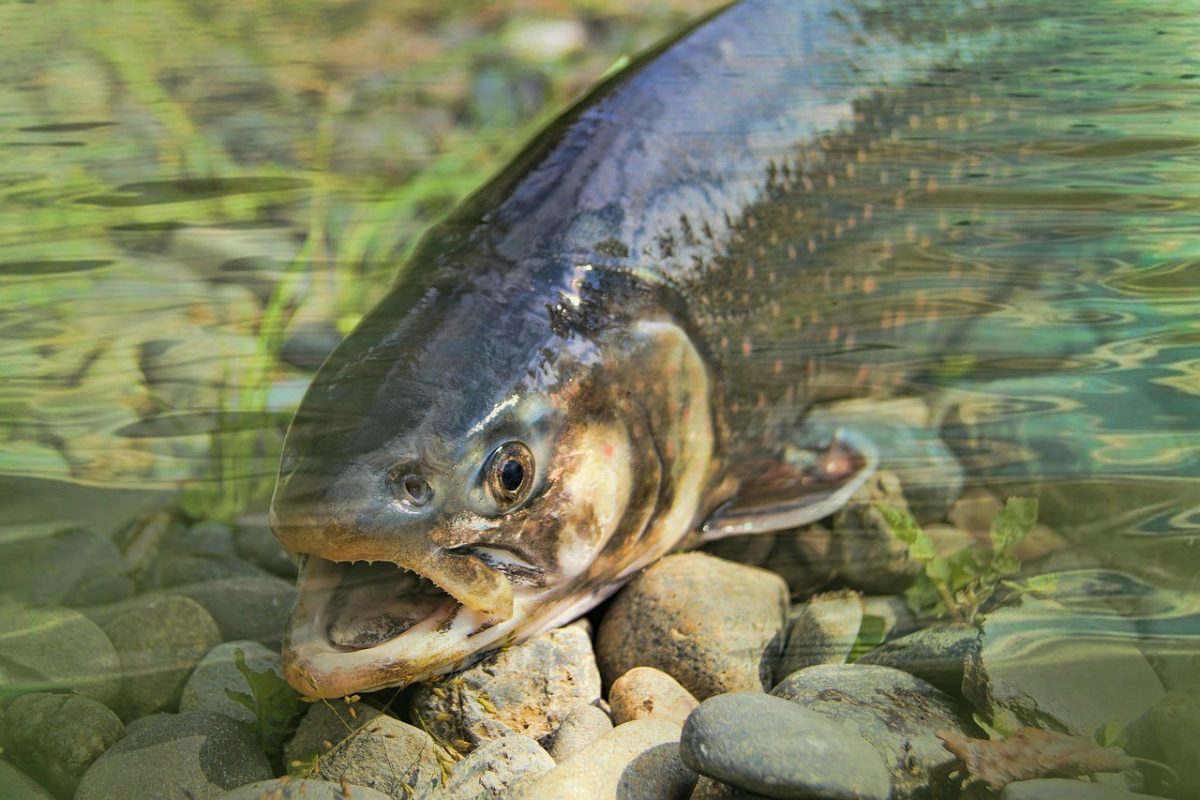 Our social group searches for information and tracks changes regarding GMO fish. You can read any news on our page. Whether a GMO fish is useful, whether it is possible to eat it, how it differs from ordinary fish, read on our site.

According to the publication, salmon produced by AquaBounty is the first U.S. genetically modified fish approved at the state level for human consumption.

In order to produce their own fish, scientists have introduced Atlantic salmon to the DNA of other fish species, which makes the fish grow to market size in about 18 months, i.e. twice as fast as ordinary salmon. GMO salmon also consume less food.

The genetically engineered Atlantic salmon under consideration was developed by artificially combining the genes of the growth hormone from unrelated Pacific salmon with the DNA from the genes of eel antifreeze. This modification leads to year-round production of growth hormone, as a result of which the fish, according to the company, grows twice as fast as usual, which allows factory fish farms to put fish in pens and get high production rates.