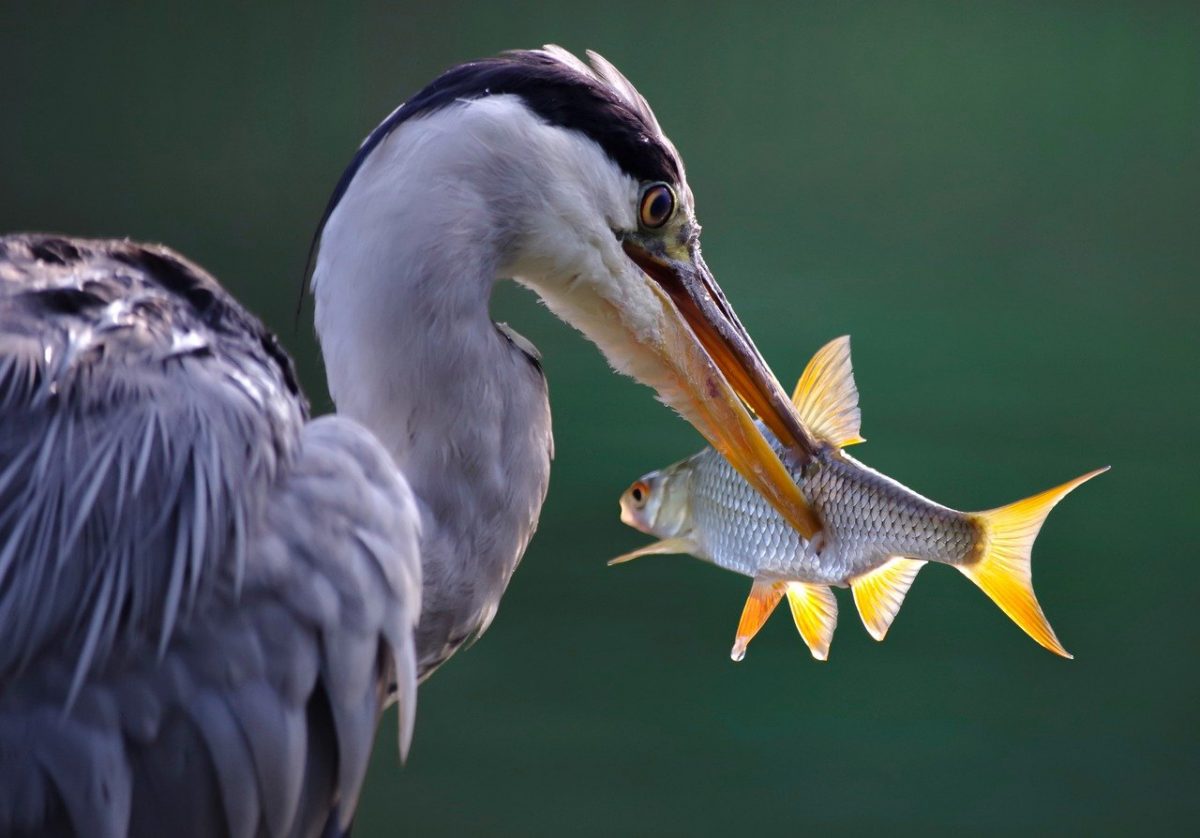 For the first time in the U.S., it is allowed to eat genetically modified organisms (GMOs) of animals. The human diet includes AquAdvantage salmon, grown by the introduction of foreign DNA. This is reported by the U.S. Food and Drug Administration (FDA) on its official website.

GMO fish is allowed in the US

FDA found no differences in the nutritional and biological properties of GMO salmon compared to conventional salmon. The DNA fragment that is injected into the fish to accelerate growth does not harm it, but AquAdvantage gains marketable weight three times faster than natural salmon.

AquAdvantage is derived from ordinary Atlantic salmon by introducing a growth gene from Pacific Chinook salmon. AquAdvantage features are sterile – they cannot be reproduced on the wild or crossed with the ocean population.

At the same time, the FDA has announced the release of two instructions for labelling products with GMO ingredients. One handbook describes labelling rules for genetically modified plant products, the other one is entirely devoted to AquAdvantage salmon and possible products made from it, including canned food.

AquAdvantage salmon producer AquaBounty Technologies started developing the species in 1989. In 2003, the company applied to the FDA for approval of its brainchild as a food product.

GMO products first appeared on the market in the 1990s. For example, genetically modified tomatoes were the first to go on the open market in 1994. Since then, genetic engineering methods have been applied to soybeans, peas, corn, cotton, sugar beet. Such agricultural products are actively fed to livestock, and much less frequently used in the manufacture of human food.

In particular, according to various estimates, more than three quarters of soybeans grown in the world and about half of all cotton are GMOs. Transgenic corn accounts for a quarter of all crops. The most active country in the cultivation of GMOs is Argentina. Transgenic crops are grown here on every two hectares of the three. In the U.S., about 38 percent of all sown areas are allocated for GMO crops: this is the third result in the world.

Genetically engineered plants are surrounded by a number of myths or unproven claims. In particular, they are believed to have a negative impact on the animals that use them and, through them, on humans.

Massachusetts-based AquaBounty Technologies announced it has sold the first 10,000 pounds (4535 kg) of genetically modified salmon to its customers in Canada. The price of fish was $5.30 per pound (0.45 kg).

Genetically modified salmon were grown by AquaBounty Technologies in a fish farm on a small island off the coast of Panama. In the near future, the company plans to expand its production and establish a fish farm on Prince Edward Island in Canada, where the local authorities have already obtained permission to build. The company has also acquired a fish factory in Albany (Indiana) and is negotiating with the U.S. regulatory authorities.

This event was preceded by a long, persistent struggle for recognition of genetically modified salmon by the regulatory authorities. Someone has to be the first, and I’m glad it was them and not me,” admits a geneticist at Vanderbilt University in Nashville who co-founded AgGenetics, a start-up company working with cows. – If they failed, it could kill the livestock engineering industry for a generation.

Scientists first demonstrated genetically modified salmon back in 1989. In the 1990s, AquaBounty Technologies was created to improve this fish and its commercial production. At that time, the company spent $60 million to introduce the chinook salmon gene (Oncorhynchus tshawytscha), responsible for the growth hormone, and the genetic regulatory elements of the American gazelle (Zoarces americanus) into the Atlantic salmon gene (Salmo salar). The goal was to achieve faster growth of fish. Modified salmon reach market size in about 16 to 18 months (ordinary Atlantic salmon in three years). The resulting variety was called AquAdvantage salmon. Modified salmon are triploid (their cells contain a triple set of chromosomes). For commercial production, only females are grown, which due to induced triploidy almost all sterile (98.9%), which reduces the risk of crossing them with wild salmon, if suddenly AquAdvantage salmon gets into the wild.

But the firm had to wait a quarter of a century until the U.S. Food and Drug Administration (FDA) considered more than 50 studies demonstrating that such salmon are not a threat. In September 2010, the FDA’s advisory panel indicated that fish “are very unlikely to have any significant environmental impact,” and that as a food they are “as safe as ordinary Atlantic salmon. However, in October of the same year, a group of lawmakers appealed to the FDA to reject the application. Further discussions and repeated examinations lasted for another ten years. November 19, 2015 the FDA finally approved the fish. During the time of the review, AquaBounty Technologies managed to grow ten generations of its salmon.

The Ministry of Environment of Canada in 2013 approved modified salmon caviar for sale in the country. In May 2016, the Canadian Food Surveillance Agency (CFIA) allowed the sale of the fish themselves.

Company CEO Ron Stotish says that genetically engineered salmon are grown in enclosed containers that have no connection to the ocean. This protects salmon from many of the pathogens and parasites their congeners encounter in the natural environment. Also Stotish notes that genetically modified fish are economically promising not only because of their rapid growth, but also because they can be grown near large cities, not brought from afar (now most salmon sold in U.S. stores, imported from Norway or Chile).